CONTENT WARNING: This post is NOT about budget friendly traveling in Helsinki. It was supposed to be. It’s not. Also, there will be vomit later. Sorry.

Let’s start with the basics: Finland is a country located in the northern part of Europe (which is not a country but a cluster of independent countries no one has ever heard of, such as Germany, France and Sweden), its capital is called Helsinki and there is a small but insanely international and busy airport where tourists are welcomed to HEL.

A couple of weeks ago I did something extraordinary and totally out of my comfort zone: I planned a whole weekend full of relaxing activities, drinks and food in Helsinki for I and the engineer, as well as a couple of other lovely people. This is usually the engineer’s job, and I’m the one just tagging along, so I felt very proud of myself going that extra mile (or kilometer..) to make him feel welcome back to Finland.

We stayed at Hilton Strand, and as always, service was good and rooms clean. I had ordered sparkling wine and flowers to our room and oh my were they expensive! I told the customer service to make sure to charge it on my credit card, and when they did so at the checkout, I felt a tad bit dizzy (because I’m the kind of an idiot who doesn’t ask the actual price beforehands) . Could also have been due to the projectile vomiting I had experienced previous night, but more on that later.

The first morning at Hilton we headed to the breakfast buffet as you do when there is a promise of a good one. I have been experiencing with vegan food lately, and was happy to see there’s a special corner and fridge for both vegan and gluten free products in the dining hall. However, what I didn’t check was how old the products there were, and just dove into the vegan cheese and ham. As it turns out, this may have been a mistake…

As we, the nurse and the engineer, are going to relocate to Helsinki somewhere in the near future, and also since we hadn’t seen each other in two (2!) months, it was more than appropriate to go visit one of the most fun attractions in Helsinki, Linnanmäki amusement park. Of course at that point we had already destroyed the sparkling wine and were enjoying some freshly picked beers while walking. At that point we were both feeling just great and merrily chatting away, excited about all the food and drinks and fun ahead of us 🙂

It has been way too long since either of us had visited Linnanmäki, but luckily the amusement park offers a really handy guide to fun things to do, what to eat, and even where to find food suitable for your diet. More points for their awesomely built website (every single hotel in the world, take notes, this is how your page should like!!).

As we’re planning and saving for our next trip, we had to make an important decision between paying for rides and paying for food. That being said, here’s a handy list of free rides in Linnanmäki.

Food, however, was so sadly overpriced that if you happen to be on a budget, pack your own lunch. Which we didn’t, but instead enjoyed pulled oat nachos at Cafe and Bar Kingi restaurant, and lost about three days worth of food money. Food was good, tho. We also had beers (today, two weeks later, I was finally able to pay off my credit card bill). Nothing special there, just having fun with the engineer’s brother. Still feeling quite fine.

One of my goals lately has been to go eat at Jänö, a vegan grill kiosk in Helsinki. Now that they also serve alcohol, I had planned that as our next stop. Originally we were supposed to get there earlier, but only arrived like two hours before I had a table reservation for us in another restaurant. Naturally, that didn’t stop us from ordering huge portions of insanely delicious food. And beers. However, for some reason, for the first time that day, I started feeling like not eating and couldn’t finish my beer. I thought it was because we had just had huge ice creams an hour before. The food still tasted just awesome, and we 100% recommend the place (check out the reviews on Tripadvisor, or even better, go check it out yourself).

After Jänö, we headed to a bar to wait for our table reservation and a friend who was going to join us. While there, I got this feeling that maybe I had eaten too much (happens very very rarely, I can usually eat an infinite amount of food at one sitting), and couldn’t even touch  my beer. At that point I knew something was wrong. However, we soon headed to Yes yes yes, a vegetarian and very fancy restaurant for dinner. The staff only spoke English, which was not a problem but a bit surprising. The enginerd and our friend started ordering food, while I started feeling less and less like having anything to eat 😦

Long story short, I didn’t even touch my beer, not to mention the food, but ended up cutting in line to rush into the bathroom where I started projectile vomiting into a trash bag which I had neatly removed from a trash bin which wouldn’t come off the wall. Afterwards, I sealed the bag, put it into another bag, changed a new one into the trash bin, and informed the staff that all was good but they might want to remove the trash bag from the corner of the bathroom. They were pretty chill about it.

I was informed by my crew that the food was delicious, though.

At that point it was more than appropriate to get a taxi and head back to the hotel. I had been looking forward to having a romantic evening with a lot of food and a nice walk slash crawl back, but hey, at least the enginerd got to drink twice the amount of beer towards the end, plus I wasn’t hungover the next morning, so there is that!

So, what did we learn? 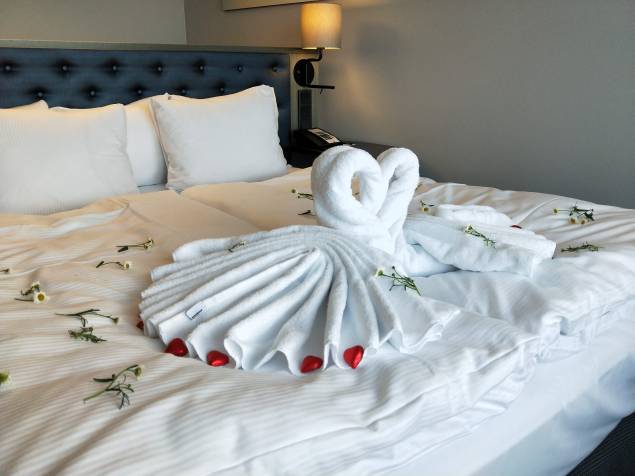 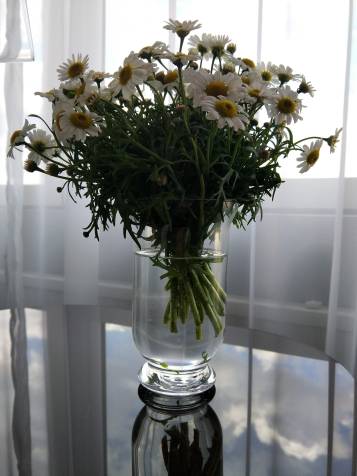 PS: A handy tip to all the slaves of Google out there: Use Google Keep to share schedules, shopping lists and stuff.